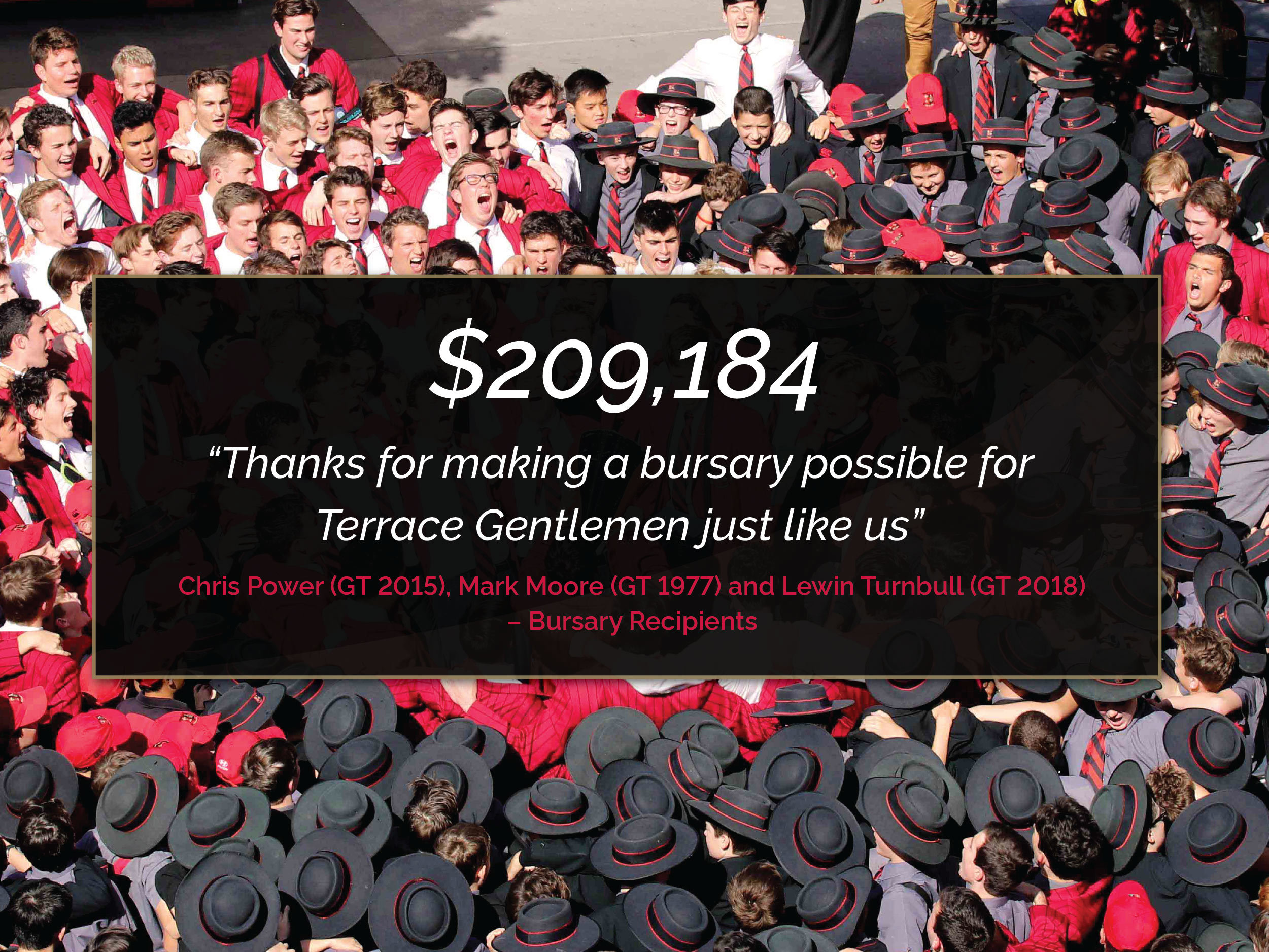 A lofty revised target of $200,000 was then put in place - the attainment of which would mean another bursary position.

The College and the GTOBA sincerely appreciate each and every donor.