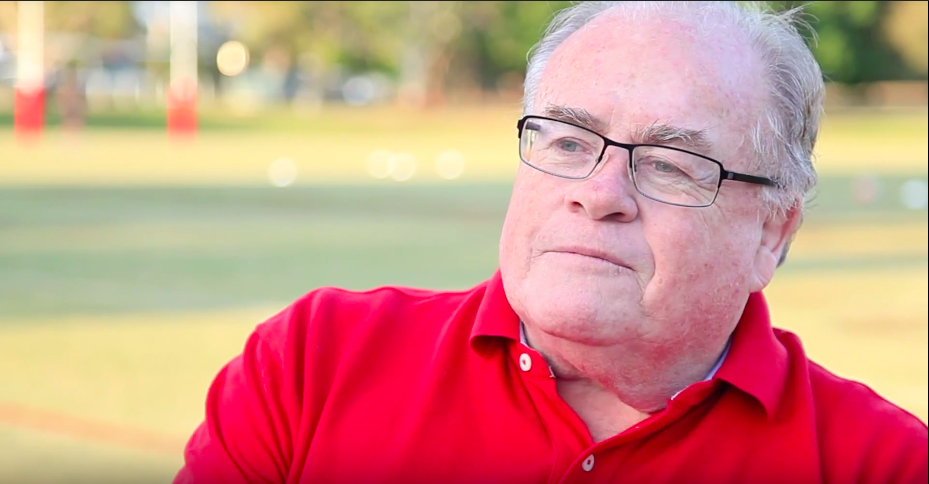 It seems almost inconceivable these days that a Wallaby could win two Bledisloe Cups in their career, yet Old Boy Chris Handy did just that, across his six Tests as an uncompromising front rower in the Gold Jersey. I caught up with Chris one afternoon, fittingly at Tennyson, with the excited hustle of the 1st XV running through drills behind us.

Equally as inconceivable is the fact that the man they call “Buddah” commenced his rugby career not as a prop, but as a fleet footed halfback, captaining the Terrace Firsts, in 1968.

“The dive-pass was the absolute delight…”  Chris smiles, “Now they would laugh you off the field…”

“I could tackle.  I could run a bit but slowed down quickly…  I could shoot the short side of a scrum and score a try…”

Playing halfback allowed Handy to show the skills and aggression he developed learning the game with his brothers in the backyard of the family’s home at Kedron.  He played in that position every year bar one - his first, in Grade 4.  That season, his young coach, Les Cricker, perhaps displaying visionary clairvoyance, picked him in the front row… 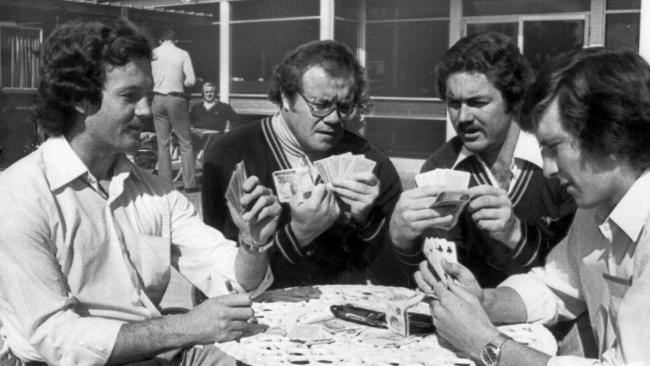 Handy reflects very fondly on his years at Terrace.

“I loved it at school.  I wasn’t always so good at it… but in a building that was stone and mortar and wire around the top, I felt so much at home…”

For within the somewhat austere perimeter, Handy found mates, playground freneticism with handball and photos of his forebears, his dad and brothers.  The teachers, while stern, were “mostly fun” and the Brothers of the day, led by Principal Br “Doc” Campbell, set a tone that was “fair, firm and consistent.”

Sport had a gravitational pull for Handy though.  While Rugby dominated, he also got involved in cricket, swimming and athletics – as a shot-putter and even remarkably, “…some high jump – though I was not terribly tall.”

Chris remembers well the pioneering years of relocating the sporting program to Tennyson from Vic Park.

“We were dragged kicking and screaming out to Tennyson…Families went, where?!”

Handy recalls carloads full of kids, and families preparing for the whole day with no real tuckshop to speak of and minimal amenities.

He is amazed and delighted with the transformation of Tennyson.

“Tennyson is such an essential part of it…  This is just a behemoth developing that is all about school and Terrace..  It’s where we break out and where we come together and celebrate… We’re on an island here and we can do it the way that we do it…” 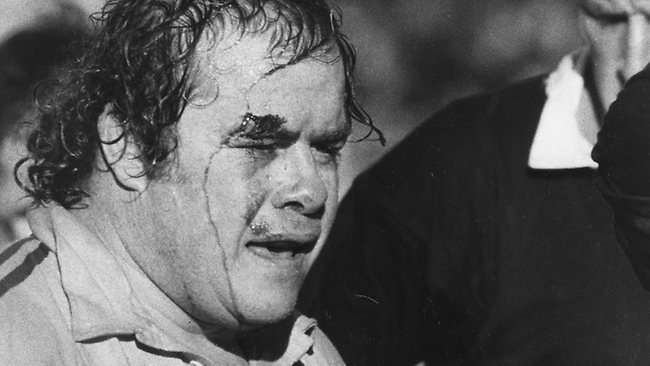 Upon leaving school, Handy remarks that he went “from Terrace to Brothers”, continuing his rugby journey.  He became a fixture of famous Brothers, Queensland and Wallaby rugby teams of the 1970s, as part of the renaissance and emergence of Australian Rugby, colliding with the great Welsh, French and All Black teams of the era.

He also became a trainee accountant during this time and remembers the “Jeckyl and Hyde” transformation that occurred when leaving work and swapping the mild manners and the shirt and tie for a maroon jersey and crossing the white line at Ballymore to become, “… an 80 minute psychopath.”

“We couldn’t get enough of it.”

As the stars aligned, it was another Terrace Old Boy, Tony Shaw (Senior 1970), that lifted Handy’s self-belief the day of his debut for the Wallabies.

“I stood on the halfway line at Eden Park in Auckland in my first Test at age 28, with Tony Shaw, the captain that day, to the right of me; and Greg Cornelson to the left of me, struggling with the moment and the fact I was there…  and they reached out and grabbed my jersey and pulled me in tight…”

After his playing days, Chris continued on into a successful career in broadcasting as a television presenter and public speaker and for a time as a publican.  In his inimitably emotive style, he injected the phrase “Go You Good Thing” into the Australian vernacular…

He remarks that he feels that he has the home where he lives, as well as Terrace and Brothers as a home and family. 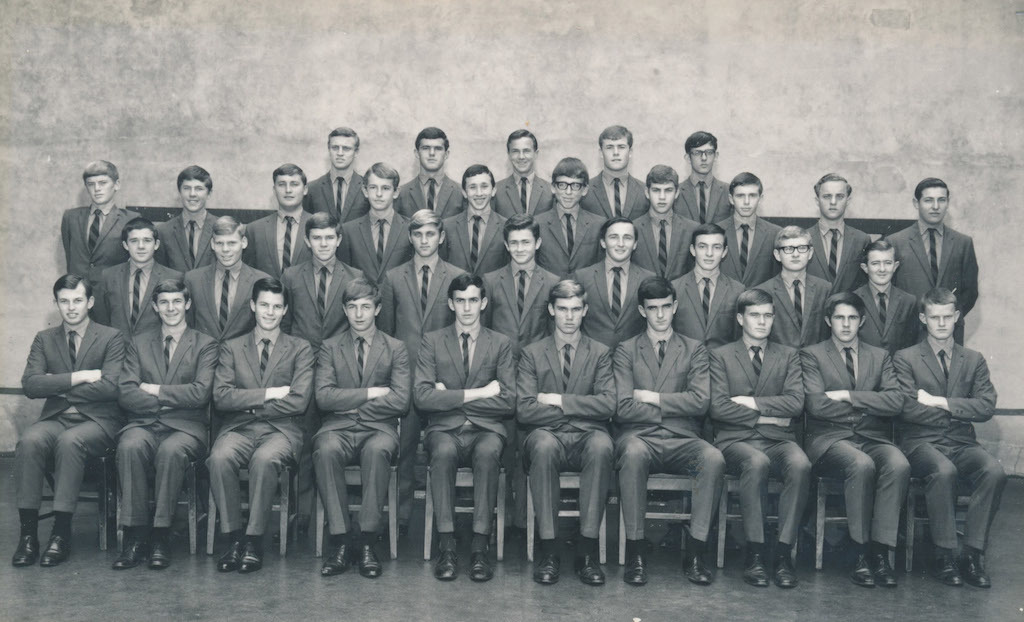 He views the Terrace spirit as one linked to a catholic upbringing, to family involvement at home, school and in sport and “the spirit of giving that comes with being a Terracian…”

“Everyone pitches in.  No one gets left on their own.”

To the current students, he offers World Cup Winning Coach, Rod MacQueen’s mantra, “your destiny is in your hands.”

“They have to take ownership.  They have to ‘buy in’ to what is going on around them – educationally, sporting wise, culturally, socially – the whole lot...  Terrace allows an involvement that enhances you.”

He has relished watching his sons go through Terrace and even when in the background, feels he belongs. 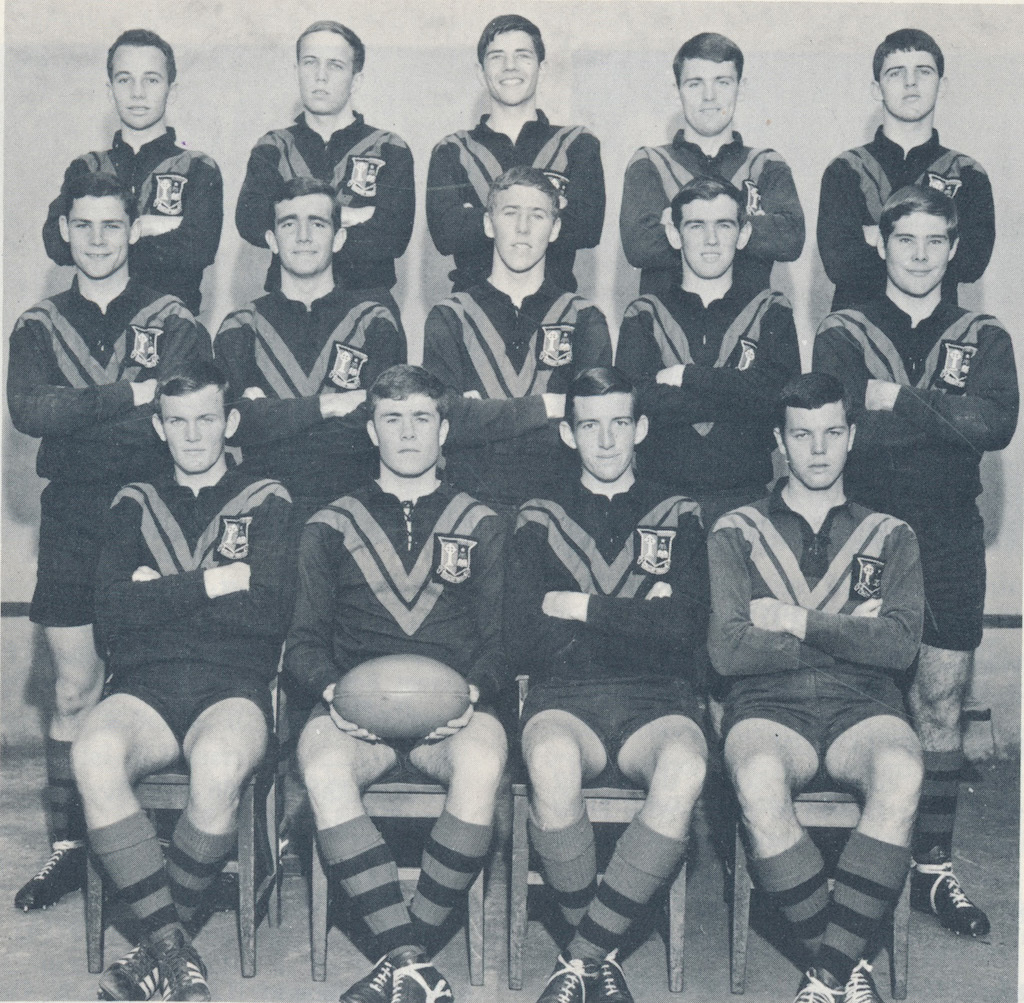 “I would say, particularly now, with the enhancement of the House System, that no child that came to Terrace, would ever go through, without being noticed and making a mark.”

Words and Interview by Nick Cornish