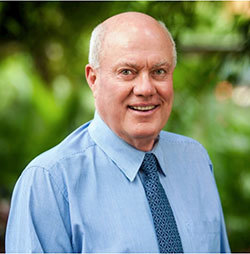 John McCoy does not look like a man that has been up since 3am, when I meet with him at his studios just after 9.30, yet that is the ritual he has been accustomed to for many years as the voice of RadioTAB’s breakfast show. I ask him about his readily identifiable commentary ‘pipes’.

When I started in radio people were modelling themselves on John Laws, with the deep voice. I never tried to model myself on anyone else…

“I think when you’re on radio you’ve just got to be natural.  Just be yourself.”

The unmistakable McCoy voice, that has called thousands of sporting contests over a career that began in his final year at Terrace in 1966, remains rich and energetic.

McCoy states he always wanted to go into radio and be a sports broadcaster, tracing his affection for the medium back to listening to sport commentary with his Dad of a Saturday and in particular, to 4BC commentator, Tom McGregor.

“He had a beautiful voice and a fantastic sporting knowledge.  I always thought I’d love to do a job such as Tom’s.”

The challenge was getting a break.  Through good fortune, John met a sales manager at Colour Radio and lined up a job in his final year at Terrace.  After spending that Christmas at home, John went to work; initially, to Mount Isa, before returning to Brisbane with rock n roll station, 4IP – spinning records as a DJ for the next three years. 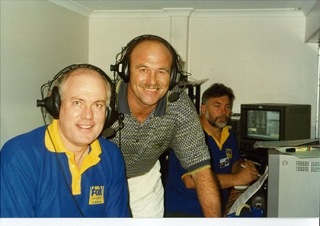 “I loved pop music.  As a teenager in the 60’s – it was a great time to be involved!  But I still always wanted to do sports commentary…”

In a twist of fate it was McGregor’s passing that opened a door.  Local race caller Vince Curry called one night to tell John of the vacancy.   As though divined, McCoy subsequently got the job and so began his career co-ordinating sport at 4BC – covering everything from Rugby League to cricket and boxing.

These days, John needs to be up to speed with even more sport as the boundaries have expanded internationally.

“You’ve got to get yourself up to speed with what’s happened over night and be across virtually everything – from European Football to all the American sport – you name it, people bet on it.”

I ask John on what he thinks about the state of sport in Australia.

“Look, Australians love of sport has not diminished.  But I think they’ve become more selective in the sports they follow…  There are sports that - a matter of a few years back - you’d think would never be popular…  The two biggest sports are the AFL and the NFL – but sitting number three, is American Basketball.”

John holds a degree in Political Science and Sports History from UQ - and acknowledges that sport and politics are never too far apart.  He is also one of the few Australians on the International Society of Olympic Historians.  I ask John about the role an appreciation of history has on being a good broadcaster:

“I’ve always had a real love of history in general.  But people tell me  - if only you could remember things that were important – not just sporting trivia!”

It might be fair to say that John’s love of sport was cemented during his years at Gregory Terrace.  A talented sportsman himself, John was a member of the First XV Rugby Team and First XI Cricket side.  I ask him what his first impressions were, walking through the gates of St. Joseph’s, in 1958.

He laughs and tells me he got into strife on his first day, running around like he was used to doing at St Anthony’s convent, until the booming voice of Br.  Darcy Murphy rang out from the top of College Hall ordering them over for a lecture on running.  John says Br Murphy ultimately became a great friend.

“My first teacher in Grade 4 was Les Cricker – I think it was one of his first appointments.  Again, we’ve become the very best of mates.  There’s not a reunion that we have - the first there is Les.  We don’t look on him as a teacher, he’s just one of us… 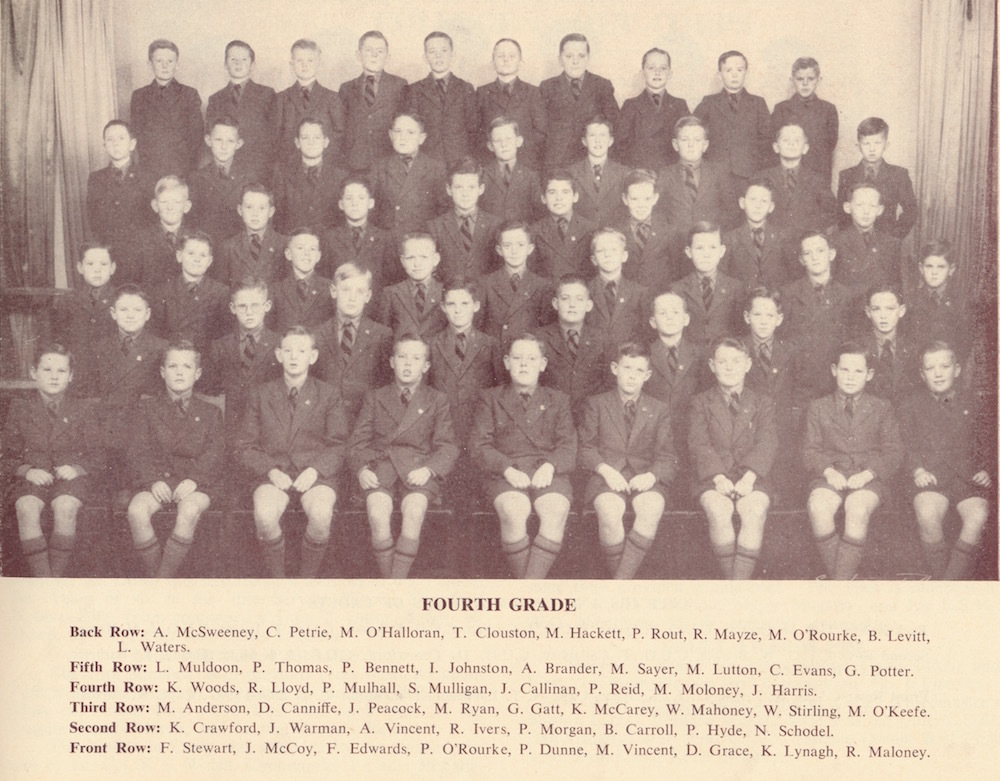 They were great days.  I just absolutely loved everything about Terrace.”

I ask John about the friendships and bonds that continue to burn on.

“There is a really special bond between us all.  We’re just great mates, even if we don’t see each other all that regularly.  We just pick up where we left off.”

“As far as bonds, we have one great mate – the late Terry Culla...  We were in the 1st XV and the the 1st XI together – we were great mates and he was captain of both - that’s how good he was. He was a remarkable sportsman… One of those captains that was just inspirational…

It rocked us and it still has to this day.  To lose someone so special…  It was a time when so many of my mates got called up and conscripted to Vietnam.  It was tough times…  But there’s not a time when we get together that we don’t remember Terry.  Because of that tragedy – especially for those of us in the firsts with him - it sort of bonded us together so strongly...  I’m sure a lot of it is Terry looking down…”

John has maintained a close and ongoing association with the school – as a Committee member and President of the GTOBA – together with many memorable appointments as MC of Old Boy Dinners.   Jon’s son attended Terrace and his Grandson is due to attend next year – a future member of the graduating class of Terrace’s 150th Year.

The progression of the school gives him “a warm inner glow.”

“I’m absolutely delighted to see the restoration of the Brothers House and the Museum.  You look out to College Hall – and that is just Terrace…

Or you go out to those magnificent grounds at Tennyson – and in fact there’s a lovely photo of my dad on the side of the grandstand – and its very special.

When I go through Terrace… you see what the school presents and the results the school gets -  and it’s no surprise.

When you talk to the boys there’s just this absolute love of the school… I mean, we loved the school and we were there over 50 years ago.. But the boys today love it as much, if not more, than we did…

You feel, gee this place is in good hands.”